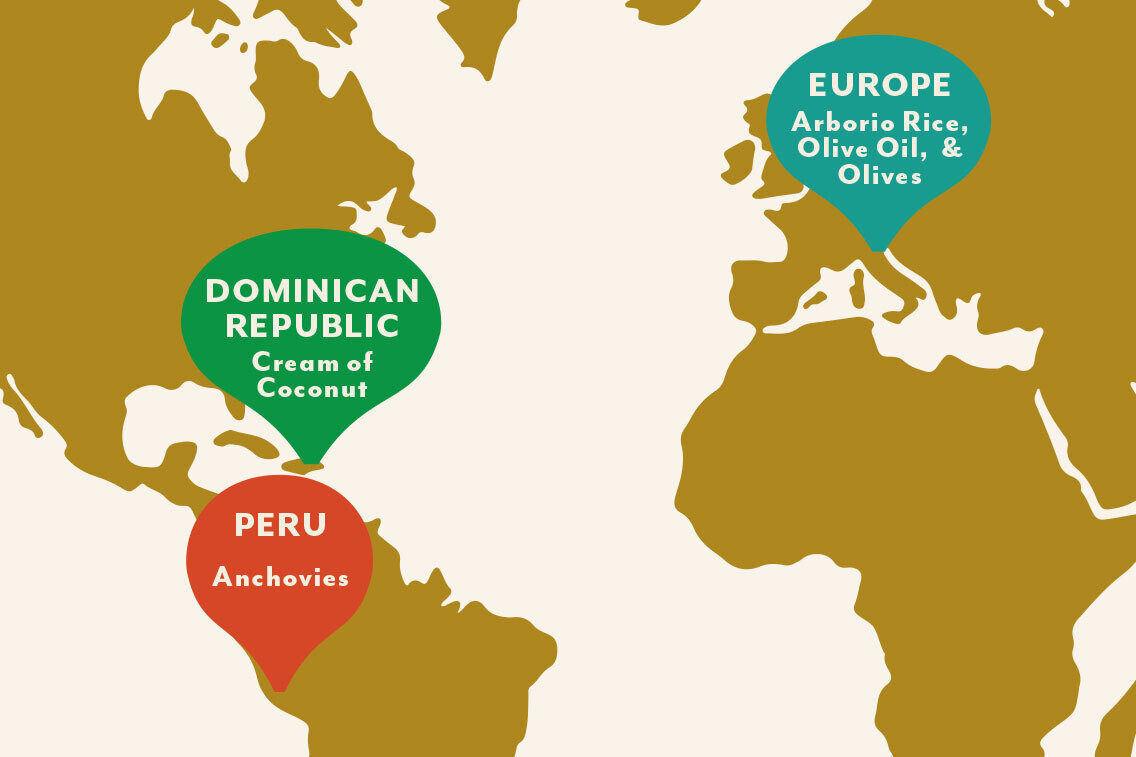 Hurricane Fiona left many coconut growers – and subsequently, Cream of Coconut producers – in the Dominican Republic with damaged trees and limited access to raw material supply. While it’s still too early to know the extent of the issue, the early indications are that there will likely be near-term shortages Cream of Coconut supply. Fortunately, Roland Foods’ partners are located on a portion of the island that was largely unaffected by the storm and own their own fields which prevents them from having to contract raw material from damaged fields. As such, we do not anticipate any risks to immediate supply for Roland Foods’ Cream of Coconut products.

Our partners have provided us with advanced intelligence that the total anchovy catch in Peru is limited while the catching seasons transition from Northern to Southern waters. Commercial fishing is heavily regulated in Peru and the government closely monitors catching quotas and the health of the local fish population. Early indications from the Southern catching season show that a high population of juvenile fish have some concerned that the total allotments for commercial fisheries will be limited, reducing overall raw material supply. While this is not anticipated to have any immediate impacts on supply of Roland Foods’ anchovy items, we are monitoring the situation to ensure that we are equipped to provide continuous supply of anchovies to our customers.

Ongoing drought conditions throughout Europe are causing concern with several crucial crops as we approach the harvest seasons, including olive oil, olives, Arborio rice, grapes, and others. Roland Foods is in constant communication with our European suppliers to ensure that we are well-prepared for the coming harvests, including acting to secure supply and minimize impacts to cost as much as possible.

Early indications from Spain are that the olive oil harvest is likely to see a 33-38% reduction in overall yield. The olive oil market is already volatile due to the ongoing war in Ukraine causing disruptions in supply for sunflower oil, which has driven up the costs of all cooking oils, as well as high fuel and energy costs across Europe. Roland Foods is working with suppliers across our extensive network to find alternative sources of supply, wherever necessary, with a continued commitment to sourcing the highest quality products for our customers.

For more information about the olive oil shortage, head to CNN.

Labor Resolutions on the Horizon

This summer has been an unpredictable quarter for shippers and importers all over the country. The passing of California’s AB5 law threatened to reduce trucking availability on the West coast, while the expiration of the International Longshore and Warehouse Union (ILWU) labor agreement almost closed the nation’s largest ports. Additionally, freight rail strikes against new labor contracts threatened to shut down the nation’s freight rail network altogether. Over the past month, it was uncertain how the United States domestic supply chain would operate and how much worse the supply chain crisis would become.

Although these disputes have not been completely settled, the railroads and unions reached a tentative deal in mid-September, avoiding a strike that could have been detrimental to the US supply chain.

To get ahead of these potential supply chain threats, our operations team spent weeks creating contingency plans and meeting new partners that could expand Roland Foods’ domestic freight capacity if necessary.

Global demand for Southeast Asia exports has significantly declined in Europe and plateaued in North America. Through late 2020 and 2021, ocean carriers invested heavily to expand transpacific capacity. Currently, there is an oversupply of container capacity relative to demand, but ocean carriers have been canceling dozens of sailings to keep rates artificially high.

The Europe to North America trade route is now the most challenging, mostly due to port congestion and high-density terminal yard operations at both ends of the trade.

Although these problems will persist well into Q4 2022 and Q1 2023, we are confident our partnerships will continue to allow us to import and distribute products in a timely manner.