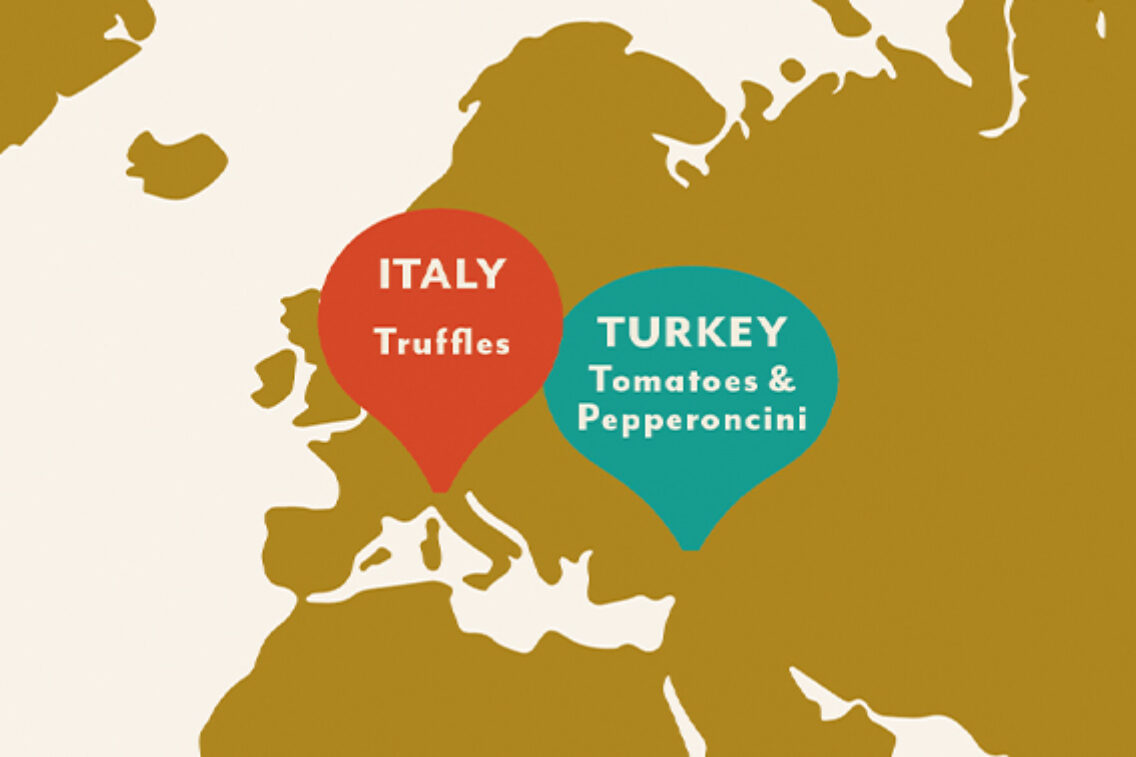 The 2022 tomato crop in Turkey has seen lower than average yield due to several factors. The war in Ukraine has caused some farmers to produce other crops, such as corn, to help offset the reduced availability of crops that come from Ukraine, which in turn delayed planting for tomatoes. Cooler weather in Spring and early Summer caused further delays in crop development as well. Furthermore, flooding in Northern Turkey in June of 2022 also damaged fields in some growing regions, reducing the overall availability of tomatoes. Demand is also particularly high, driven largely by drought conditions in Italy and Spain, which has caused the yield in those countries to be lower than anticipated.

Through proactive conversations with our partners, Roland Foods was made aware of the potential issues for this product early in the season, and we were able to contract sufficient volumes to cover our supply needs for the coming year, despite the lower raw material availability. While contracted prices are higher than prior year, the current spot market prices are 16-22% higher, and continuing to rise.

To learn more about the status of the tomato crop, explore recent news below:

The pepperoncini crop yield was lower than anticipated due to cooler weather in the Spring/early Summer in Turkey, causing slow development of the raw material. With lower yield in Greece due to ongoing drought conditions and persistent high demand, the market price for Turkish Pepperoncini has increased 15-20%, year over year.

Roland Foods was able to work quickly with our partners to contract sufficient volumes to cover our anticipated customer demand for 2022/2023.

As truffles are wild foraged and not cultivated, supply is greatly dependent upon favorable weather conditions. Due to current climate and drought issues impacting harvesting regions, supply is limited this season which has driven up the cost of the raw material. Both France and Italy have short supply, while demand remains high. The extraordinarily high energy costs in Europe because of the war in Ukraine are also increasing production costs at the packing facilities. For these reasons, Roland Foods is expecting significant price increases on all imported truffle products.

Freight rails are unable to keep up with inbound container volume, which has created a buildup of long dwelling containers limiting space at container yards. Currently, 19% of all containers in Los Angeles ports have been sitting for 2 weeks or more.

Staff shortages and low employee morale have recently caused thousands of freight rail workers to threaten strike. As a result, the government has stepped in to create an arbitration board. This board has until mid-September to compromise with unions and form a new labor contract agreement. We are hopeful that these new agreements will ease tensions and get containers moving more efficiently.

At Roland Foods, we secured higher amounts of inventory in our warehouses in advance of recent strike threats, allowing us to be equipped to handle orders.

The port will also cut weekends and holidays from the grace period in which ocean containers can linger; shippers will have four days before a container accrues demurrage. These changes will go into effect September 23rd and we expect this to ease delays at the port.

In response to these changes, Roland Foods has secured additional partners to ensure product is picked up from the ports as soon as it is available. We continue to adapt our operating plan as new policy changes regarding pickup and drop off are announced.